Are you planning to visit Cracow?

For sure you have read Cracow was the capital of Poland until the end of the 16th century and since 1978 it is on the first UNESCO World Heritage Site. It is also one of the most beautiful cities in the world… which we are very proud of.

We are local guides (and a small TO with all the licenses and insurances which are required) who are in love with our city and our work. Our enthusiasm, passion and knowledge with more than 25 years of experience help us to make a difference. Do you want to fall in love with Cracow?… Private services in English for You, your Family and/or Friends. We can advise and organise everything for your visit in Cracow, in its surroundings, in Poland and Central Europe for 1, 2, 3 and more days to make the best use of your time. We can prepare the best tailored programme for you according to your interests. We guarantee exclusivity and a very personalised treatment.

We have received the 2022 and 2020 Tripadvisor Travellers’ Choice Award and The Certificate of Excellence in 2019, 2018 and 2017. We invite you to read our reviews on Tripadvisor.

To visit Cracow and its surroundings you can place your reservation directly and without intermediaries, for all of our visits (Wawel Hill, Old Town, Kazimierz, Oskar Schindler’s Factory), tours from Cracow (Auschwitz, Wieliczka Salt Mine, Zakopane, Wadowice, Częstochowa, Dunajec, Wrocław…) and transfers.

Looking forward to hearing from You! 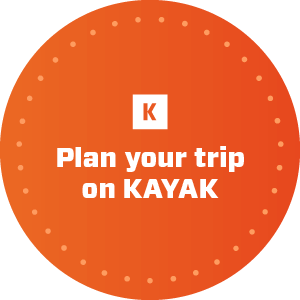 The city of Cracow offers unique historical sites – The Wawel Hill, Old Town, Kazimierz District, Oskar Schindler’s factory… Restaurants with large, varied offers, coffee shops and terraces where you can relax, along with accommodation that suits your taste. Cracow is a city full of life, one with which you will fall in love.

We present to you a number of trips that will allow you to explore the city. If you are unable to find a particular trip, we will organise it. All services are private and in English. We never merge people that don’t know each other into groups. We have a modern fleet of Mercedes vehicles at your disposal. We use a whisper system to make sure that no-one misses a single detail during a trip. Private services for you and your group.

We can offer advice, and organise everything necessary for a visit of Cracow for 2, 3 or 4 days, to make the best use of your time. We guarantee exclusivity and a very personalised treatment for you and your group. Our enthusiasm, passion and knowledge, along with more than 25 years of experience, help us to make a difference.

We invite you to read our reviews on Tripadvisor. Do you want to fall in love with Cracow?… Visit Cracow with us. You can place your reservation directly and without intermediaries, for all of our visits, radial trips and transfers.

The Wawel Hill and Cracow Old Town in two hours

The Wawel Hill and Cracow Old Town with State Rooms

The region of Lesser Poland offers infinite options to complement your visit of Cracow. The famous Wieliczka Salt Mines. Zakopane, located at the base of Tatra Mountains, Poland’s winter capital. Auschwitz – Birkenau, cities and regions that witnessed the Second World War and everything that came after. Wadowice, the birthplace of Polish Pole – Karol Wojtyła. Częstochowa, the spiritual capital of Poland. Wrocław, Lower Silesia’s most important city.

Here we present radial trips that can be organized in Cracow’s surroundings. If you don’t find something, we will organize it. All services are private and in English. We never merge people who don’t know eachother into groups. We have a modern fleet of Mercedes vehicles at your disposal. We use a headphone system so that you don’t miss a single detail during the trip. Private services for You and your group. We can advise you and organize everything to visit Cracow for 2, 3 and 4 days to make the best use of your available time.

We guarantee exclusivity and a very personalised treatment for You and your group. Our enthusiasm, passion and knowledge with more than 25 years of experience help us to make a difference. We invite you to read our reviews on Tripadvisor. Do you want to fall in love with Cracow?… Visit Cracow with us. You can place your reservation directly and without intermediaries, for all of our visits, radial trips and transfers.

Auschwitz-Birkenau and Wieliczka Salt Mine – ON THE SAME DAY

Zakopane and the Tatra Mountains

Rafting down the Dunajec river

Private one day tour out of Warsaw

Make your visit more PERSONAL AND INFORMATIVE with a completely private tour.

Duration of Auschwitz Day Tour from Warsaw: approximately 8 hours + the time of the round trip by train

Transfer to the train station in Warsaw. Journey by train to Cracow. Upon arrival to Cracow, we will transfer to the city of Oświęcim, around a hour long journey away from Cracow, where a former Nazi concentration camp – Auschwitz Birkenau, is located.

Transfer to the Auschwitz II Camp. There, we will pass under the Death Gate and enter barracks made from wood and red brick. Furthermore, we shall walk through the selection platform and afterwards we will reach the International Monument. It is dedicated to the Victims, it is situated between the ruins of Crematories I and III.

Return to Cracow. We will leave our car near the Wawel Hill.

We will walk through the two oldest streets – Kanonicza and Grodzka. In the gothic franciscan church we will admire the polychromy and modernist stained glass windows. The majority of them were designed by Stanislao Wyspiański. From there, we will proceed to the university buildings of the Cracow Academy, founded in 1364, by the king Casimir the Great. Today it is known as Jagiellonian University. The oldest building of the complex is Collegium Maius from 14th century.

Afterwards, we will proceed towards the Main Market Square, the largest medieval square in Europe. It dates back to 1257. It was built 10 years after a devastating Tatar invasion, which ravaged the city. We will walk through the Sukiennice, constructed in the 13th century. The building was remodelled in the 16th century, thanks to an artist from Florence, Santi Gucci. The building served as a market for all kinds of textiles, hence the name.

We will enter the Saint Mary Basilica, the most important church of Cracow’s burgeoisie. The impressing wooden altar inside was built at the end of 15th century, by a German artist, Veit Stoss. The altar shows scenes from the lives of Virgin Mary and Jesus Christ. It is one of the most beautiful altars in Europe. Furthermore, we will pass through the Floriańska Street to reach the remnants of the city’s defence walls. The walls were constructed at the beginning of the 13th century, however, the Saint Florian’s Gate and the Barbican were built almost two hundred years later.

Our trip will end in front of the theatre dedicated to Julius Słowacki, which resembles the Paris Opera. Prior to its construction, the site was occupied by the buildings of the Holy Spirit Hospital.

Upon returning to the train station we will board the train in direction of Warsaw. Arrival in Warsaw, transfer back to the hotel.

The sequence of the visits may depend on the current season and the availability of the scheduled private visits to Auschwitz-Birkenau Memorial.

The content of the visit of Auschwitz-Birkenau can depend on conservation works taking place.

The Auschwitz-Birkenau Memorial is considered a place NOT ADEQUATE for minors under 14 years.

The price of Auschwitz Day Tour from Warsaw includes:

Service of an English speaking Blue Badge guide for up to 3 hours.

Private transfer to see Auschwitz I and Auschwitz II concentration camp and back to Cracow.

Service of a guide of Memorial Museum Auschwitz-Birkenau.

Private visit in English of Auschwitz I camp and Auschwitz II camp of 3 hours and 30 minutes, including the time of transfer between Auschwitz I and II – Birkenau.

Take note that the entrance to Auschwitz I and Auschwitz II camps is free of charge, you only pay for the service of Auschwitz-Memorial Museum guide that is included in the price.

A whisper system for a better experience during the visit.

The price of Auschwitz Day Tour from Warsaw does not include:

Anything not mentioned above.

PRIVATE ONE DAY TOUR OUT OF WARSAW IN ENGLISH, ONLY FOR YOU AND YOUR GROUP

PRICES DEPENDING ON NUMBER OF PARTICIPANTS:

OPTION “TRANSFER FROM YOUR PLACE OF ACCOMMODATION TO THE RAILWAY STATION”:

Private transfer from your place of accommodation in Warsaw to the Warsaw train station, the price is apportioned between all participants:

OPTION “ROUND TRIP TRAIN TICKETS + ASSISTANCE FROM YOUR PLACE OF ACCOMMODATION TO THE TRAIN STATION”:

WARSAW-CRACOW-WARSAW 2nd class round trip train tickets, price per person: between 22 £ and 65 £, depending on the disponibility and on the advance of the purchase. The train tickets are available for purchase one month before the trip. To guarantee the quality of service we DO NOT manage tickets without assistance in English.

Assistance in English from your place of accommodation in Warsaw to the Warsaw railway station: 42 £ per assistance, not per person, the price is apportioned between all participants. The guide will  arrive at your place of accommodation in Warsaw, accompany you to the train station, wait with You until the train arrives and will find your carriage and seat number. That way you will avoid taking the wrong train.

Auschwitz-Birkenau does not allow to make reservations more than 3 months in advance.

If there are more persons make a request, contact us and we will quote a price for you.